Below is a Q and A for an interview with ITP our Sales Director Adam Wolf did. Enjoy.

Virtually all enterprise level companies have tried some sort of virtualization of their server environment, and the technology is making inroads at the SMB level, but what do companies need to know to get the most from a virtualized environment?

SMBs shouldn’t be put off by horror stories about virtualization. There are the usual barriers to entry, yes. These are things like upfront investment in infrastructure, and staff training. However, the reduction in the total cost of ownership alone outweighs these concerns. Many of the big names in virtualization, such as VMware, Microsoft, Citrix, EMC, Cisco and NetApp offer solutions that are specifically targeted at SMBs. At BIOS, we work with pre-validated builds to help remove the complexity and time to deployment for these customers. This is because these builds emphasize high-availability and ease of use in their design. It means customers can focus on applications and data, rather than the infrastructure. Applications and data are where they can really add value through virtualization. But in order to do that, they need to make sure they have the right infrastructure in place.

By using these sorts of virtualized solutions, SMBs can remove many of the challenges they’ve traditionally faced when deploying major infrastructure projects in the past.

Are there any myths that need to be dispelled when it comes to virtualization?; especially for SMEs?

Many customers express fears that virtualizing their mission critical infrastructure – such as their mail server or their databases – could cripple their company if it was to fail. If anything, virtualizing actually reduces that risk. By virtualizing your infrastructure, you are actually removing the ability for a hardware failure to cause downtime. So that fear is actually holding companies back from achieving increased availability of their key applications; especially as many of those key applications are at the core of their business’ ability to function.

There is also a myth that it’s expensive to virtualize, and that the money is better spent on new hardware. However, the return on investment over a three year period is usually enough of a driver to convince companies that the decision is the right one. Indeed, it’s the SMBs that feel they can’t make significant investments in infrastructure that need virtualization the most. These solutions really aren’t that expensive. An entry-level system from BIOS, which can cater for up to 20 virtual servers, has an entry point of around $50,000. And that includes the first year’s maintenance.

Finally, there is the fear that virtualization won’t be able to work for their software. Virtualization is proven to run virtually any workload. Most customers use Windows-based applications. These are easy to move into a virtual environment.

How can companies identify the infrastructure(s) that will benefit most from virtualization?

There are some licensing concerns with products such as Oracle and SAP, but these tend to be expensive enterprises applications. It would be very strange to find these in use by SMBs.

Basically, anything that runs on Windows or major brands of Linux, and runs on an Intel or AMD platform can usually be virtualized. It’s the main reason that BIOS performs pre-assessments of a customer’s infrastructure free of charge. It means we can advise them what can be virtualized, but also what infrastructure can be re-used.

How can they fine tune the technology to suit them best?

In recent years, the major vendors have taken steps to simplify the process of fine-tuning. For example, EMC has developed reference architectures called VSPEX and NetApp worked with Cisco to come up with Flexpod. VSPEX and Flexpod are pre-validated designs for the virtualization of servers and desktops using EMC products. They are also designed to work alongside other major networking, server, and virtualization vendors’ products. This means customers don’t need to be concerned with solution design. They simply have to pick the workload that is right for them, and order the solution with the components they require. Everything after that is plug and play. In a virtualized environment, time to market, research and development, and uptime are all improved.

What are the biggest mistakes to avoid? And who’s errors can we learn from? (ie any past examples?)

The biggest mistake customers can make is to stick with what they know. By not taking advantage of these major advancements in technology, they will ultimately hurt the profitability of their business. The great thing about virtualization is its scalability. It isn’t one of these technologies that were designed for enterprises, then handicapped for SMBs to prevent those same large companies from going for the cheaper option. SMBs can take advantage of the same sweeping changes in IT as enterprises. Most importantly, it is at a price that suits their size.

Companies must dispel the ‘if it ain’t broke, don’t fix it’ approach. There is a genuine need for them to move towards what is now the standard for IT deployment. A great example of this is Microsoft. For years, they tried to discredit VMware’s product. Move forward to today and VMware is a $5bn company, while Microsoft almost has to give its virtualization products away to compete.

Is there anything to add?

If SMBs want to gain more insight into how virtualization and cloud can benefit their business we are happy to offer our assistance. just fill in the contact us form or download our go virtual whitepaper free 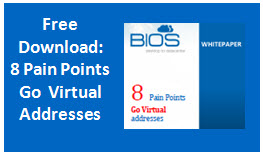