IT Infrastructure Trends To Watch in 2017

The need for higher flexibility, better organization, and disaster recovery planning for technology-driven companies will push more and more small businesses and large enterprises towards the rapid adoption of cloud-based services, DRaaS, SIEM, and IaaS solutions. This article takes a closer look at the information technology infrastructure trends expected for the upcoming year.

6 IT Infrastructure Trends To Watch in 2017

The revolution in information technology is making the business market more dependant on next-generation tech solutions. While cloud storage backup is still making its way into the SMB world an expected rise of DDoS and POS attacks will push small businesses and large enterprises to the wall, creating the necessity of better information infrastructure, organization and disaster recovery planning. This article provides further information about these and other IT infrastructure trends to watch in 2017.

The cloud storage trends observed in the SMB sector through the past decade indicate data backups have been exclusively held on physical on-site servers and hard drives. An already outdated belief that often puts company data in danger is that taking server snapshots is enough to protect data in case of a disaster.

Yet, with the rise of cloud-based technology, small businesses and large enterprises have a broader range of options to choose from when it comes to data storage. The swift growth of the cloud storage solutions now enables services like cloud backup, archiving and DRaaS to penetrate more deeply into the business world without becoming a financial burden for a newly established business that is just getting off the ground.

Expected Rise in DDoS Attacks in 2017 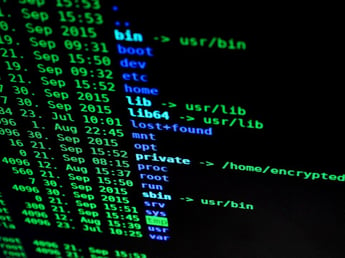 According to the 2016 Neustar DDoS Attack & Protection Report, more than 70% of businesses had been victims of a distributed denial of service attack and 80% of those had become a target more than once.

The speed of current technology development makes DDoS attacks a threat not only for large enterprises but also for small businesses. While the terrifying attack at Dyn Inc.on the 21st of October 2016 was handled rather easily, SMBs don’t always have the necessary resources to handle a breach of this caliber. Yet the technology advancements of the 21st century allow almost anyone with a thicker wallet and a grudge against a given company to launch a DDoS attack. Threatened competitors, unhappy clients, and ex-employees can easily rent a botnet and take revenge. But managing the attack once doesn’t prevent future security breaches. Reports state that some companies get hit about four times a day. This doesn't only lower traffic and hurt sales but also weakens the customer’s trust towards the particular business which is sometimes impossible to regain once it’s broken.

In 2017 even more, businesses are expected to face a cyber security threat. This will lead to an increased interest in cloud service solutions and DRaaS. SMBs and large enterprises will have to get prepared by increasing bandwidth, establishing a disaster recovery plan, and reevaluating it once every few months to lower the number of weak spots of its data security.

A Rise in the Need of DRaaS Solutions

In the case of a disaster, small businesses and large enterprises face the threat of data loss, cyber attacks, and potentially damaging financial losses. Be it natural, environmental or man-made, every disaster type holds the probability of critically harming the business continuity(BC). The dependence of businesses on information technology for running operations relies on the establishment and regular update of a disaster recovery plan (DRP).

The rising importance of DRaaS highly affects SBMs. The lack of expertise and resources required to set up, carry out, and routinely test a recovery plan makes them an ideal target for potential attacks. What the disaster recovery service offers businesses is a cloud-based backup solution and analysis of potential data security threats. It takes data storage outside the premises of the company making and puts it into a continuously observed environment where surveillance software and cyber security experts take care of the hard job of keeping data safe as well as testing and configuring the company’s disaster recovery plan to meet the latest quality standards for security.
The companies’ increased interest in DRaaS during the following year will create a safer environment for business continuity. The use of DRaaS will minimize downtime and data loss during attacks and ensure the stability of businesses.

There is a misunderstanding that cyber attacks endanger only online businesses. Yet, reality proves different. Point-of-sale attacks and business system attacks are a risk factor every business needs to take in consideration. No matter if you own a website or a local shop, your company is always under a potential threat of a data security breach.

The recent attacks on the Wendy’s, Subway, UPS, Dairy Queen, and other franchise businesses indicate security threats don’t even necessarily have to target a specific shop but might be a case of an attack towards an entire franchise brand. The lack of timely breach recognition and reporting to headquarters makes it even more difficult for franchisors to spot and terminate a cyber attack. Here is where security information and event management (SIEM) can stand to prevent potential threats. Although it’s not typically adopted by small businesses due to high costs and false evaluation of security threat events, it is a service that can eliminate the concerns of an attack. In 2017, the expected demand increase for SIEM-as-a-service could create a broader competitors market, lower service prices, and lead to the creation of SMB-targeted SIEM services that are tailored to the current needs of the small business owner. 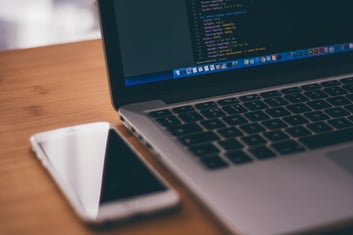 According to a study by Quorum named “The State of Disaster Recovery 2016”, about 90% of online businesses are already looking to cloud-based solutions for data backup and recovery.

While database snapshots and on-site server backups have their advantages in terms of budgeting for data loss prevention, the disadvantages they hold in the long run can prove to be much more damaging for the business continuity (BC). Holding hard-drive data backups can not only expose critical company information to data theft attacks but it could also get easily compromised during a disaster. This is why SMBs next step towards utilizing technology and securing their growth in the upcoming year will be the broader adoption of cloud-based data backup solutions.

The Development of IaaS in 2017

In the upcoming years, even more, companies will commit to shutting down their data centers and transferring their company data, applications, and systems to IaaS. Cloud services will slowly move from the experimentation phase towards mass adoption. Market predictions for the cloud infrastructure as a service indicate that by 2020 we are about to witness the dawn of Cloud 2.0. Forecasts for the IaaS market show that nearly 85% of businesses will adopt a multi-cloud architecture model.

Machine learning and artificial intelligence will become an inseparable part of the IaaS advancement in the upcoming years.ML and AI-enhanced cloud applications will provide better predictability and improve the quality of IaaS services distributed worldwide. Serverless computing is another aspect of the IaaS development during 2017. Code will be triggered by events instead of provisioning any infrastructure resources.
Containers will become widely adopted by businesses which were previously shy to the idea of relying entirely on the “next-generation computing”. While currently, only 10% of businesses use containers about 30% are in the process of testing, so their use is expected to rise in the next year.